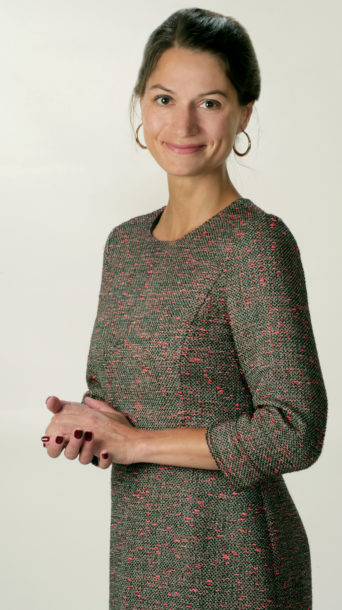 Julia Klein’s practice focuses on the representation of national and international clients in business disputes in the Delaware state and federal courts, including the Delaware Superior and Chancery Courts and United States District for the District of Delaware and Delaware Bankruptcy Courts. Ms. Klein regularly represents creditor constituencies in chapter 7 and 11 bankruptcy cases and handles both plaintiff- and defendant-side litigation in adversary proceedings, as well as small Chapter 11 debtors. She counsels clients on matters pertaining to Delaware company law and routinely prosecutes and defends contract interpretation, company, and commercial disputes. Ms. Klein has issued opinions on Delaware law that have been submitted to the Chancery Division of the High Court, London, the Shanghai Finance Court, and the Supreme Court of Thailand.

Prior to founding her own, Ms. Klein worked at boutique law firms in Wilmington, Delaware, and Philadelphia, Pennsylvania. She previously served as a judicial extern to the now retired Honorable Kevin Gross, formerly Chief Judge for the United States Bankruptcy Court for the District of Delaware.

Ms. Klein is committed to giving back to the community and regularly accepts clients otherwise unable to afford legal representation. She has handled pro bono engagements through programs sponsored by the Delaware courts, the Delaware State Bar Association, and the Office of the Child Advocate. During law school, Ms. Klein was a Poverty Law Intern and certified law clerk at Iowa Legal Aid, where she represented indigent clients in administrative proceedings and in Iowa state and federal courts pursuant to the Iowa Supreme Court Student Practice Rule. Upon moving to Delaware, she volunteered as a law clerk and subsequently attorney at the Community Legal Aid Society, Inc.

She earned her 200-hour vinyasa yoga teacher certification from now:yoga based in New York City, training with Edward Jones,
Frank Mauro, and Joe Miller.
Ms. Klein was born in Germany and emigrated to the United States as a teenager. She is bilingual in English and German and proficient
in French.